National Bird Day on January 5 was created to promote avian awareness.  You can participate in celebrating birds in a number of ways.  You can go outside and do some bird watching.  You can learn about birds, either your local feathered friends or birds of the world.  You can learn about the decreasing populations of birds and what you can do to help preserve them.

I live in Southern Arizona and I can’t tell you how much I enjoy sightings of one of my favorite locals, the Roadrunner. Talk about a fascinating bird! I write interesting facts about Roadies into a picture book called Don’t Make me Fly! Kids love the rhymes and illustrations, but I am a biologist and everyone learns something about roadrunners in this book. Science education is important to me, and I love making it fun.

I highly recommend a newly released book by my friend, Bonnie Scott. We share a love of conservation, iguanas, and the animals of Cayman Brac.  She recently published her book about the brown booby, Brown Booby Birds of Cayman Brac. It’s filled with her marvelous photographs.

And I loved the island story of a lost juvenile brown booby and featured him in one of my books, Fly Back to the Brac, Brian Brown Booby, which is based on the true story of “Brian,” who was finally able to learn to fly and find his family. He’s pretty famous in the Brac. 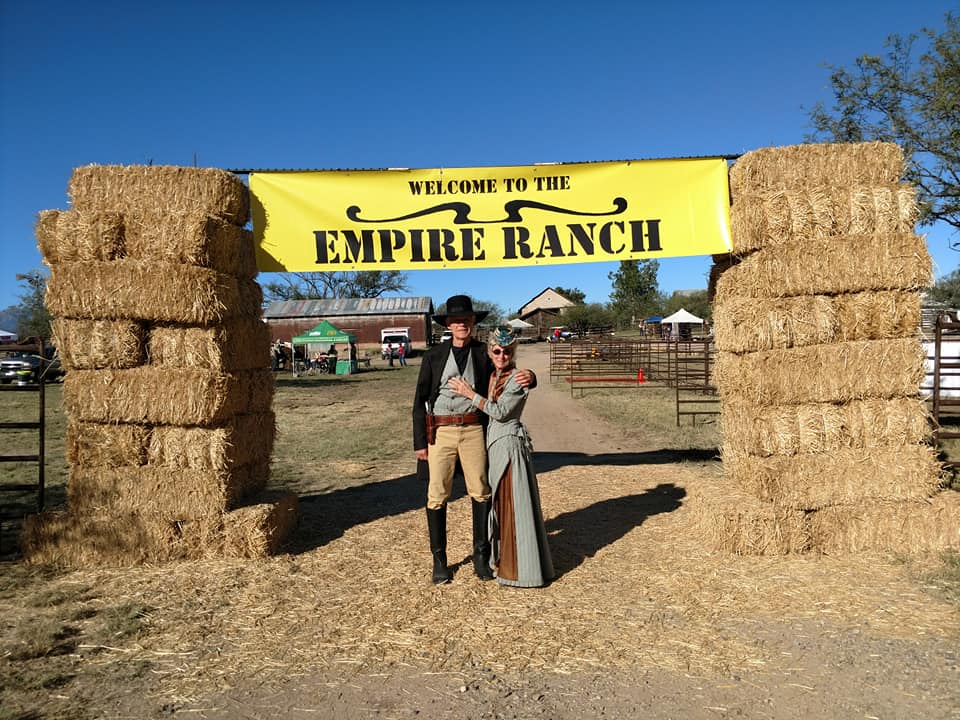 Even though I would love to have someone else do the marketing of my books, doing it myself allows me to discover interesting sites in the Tucson area.  One such place is the Empire Ranch. I met some of the volunteers at the Western Writers of America conference and they thought my books would be a good fit for their gift shop.

The Empire Ranch is located on the road to Sonoita in Las Cienegas National Conservation Area. The mission of the Empire Ranch Foundation is, “Acting in cooperation with the Bureau of Land Management (BLM). The purpose of the Foundation is to protect, restore and sustain the Empire Ranch historical buildings and landscape as an outstanding western heritage and education center.” The combine two interests of mine, conservation and historical preservation.  Back in New Jersey, I was part of the Union Forge Heritage Association. The ranch was established in the 1860’s.

The gift shop is looking to expand to include more items about animal and plant conservation. I’m honored to be included. They’ll be selling the Don’t series and Queen of the Night: the Night-blooming Cereus.

*Learn about the Night-blooming Cereus, Peniocereus greggii, the mysterious cacti
that bloom all together only one night per year
*An Amazon #1 Book in Children’s Botany Section
*See the Desert Southwest in a new, fun way
*Scientific facts written in rhyme are easy to remember
*Enjoy spectacular illustrations of Cereus, the Sonoran Desert and its wildlife

Categories: A Bit More About Our Books, Author Elaine A. Powers, The Business of Books, The Sonoran Desert
Tags: Author Elaine A Powers, Bureau of Land management, Don't Call Me Turtle, Don't Make Me Fly!, Don't Make Me Rattle!, Queen of the Night: The Night Blooming Cereus, The Empire Ranch, Western Writers of America 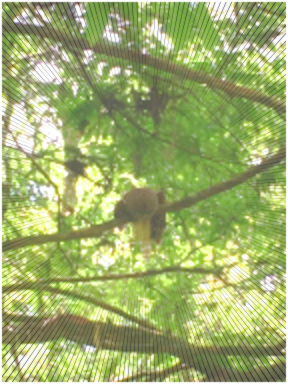 Is this owl dead or just dead to the world?

I was enjoying a walk on the boardwalk of the Corkscrew Swamp outside Naples, Florida recently. A variety of animals were heard and a few seen, although activity was low due to heat of midday in late July.

I came across this Barred Owl, Strix varia, on a branch of a Cypress tree beside the boardwalk. The owl’s wings hung down and its head drooped below the branch. Was it dead?

No, merely sound asleep—dead to the world—obviously unconcerned with the nearness of people. After taking our photos, a group of us who had gathered at this amazing sight quietly walked off, not wanting to disturb the owl’s slumber.

A few minutes later, the barred owl’s distinctive call was heard across the swamp. Someone or something had awakened the owl. Was it expressing its displeasure or telling us it had enjoyed us enjoying the show?

Birds are also known as Aves or avian dinosaurs and are beloved by me. I hope to write about more birds in the future, but here are my offerings thus far to this group of wonderful creatures inhabiting this beautiful planet. EAP

I write children’s books, both adventure tales and picture books. My personal opinion is that picture books should rhyme.  It doesn’t need to be overt rhyming, it can be subtle rhyming, but the text does need to rhyme. However, rhyming alone isn’t enough for a book.  The rhyming text must have a point, purpose, or reason, meaning some lesson must be taught.

The lines and rhyming can be any way you want them to be: a few beats per line, or complete sentences. However, they must be consistent.  You can also arrange the words in a visual pattern for more fun (but no changing patterns within the book).

Even though the text rhymes, the story-line must still have an arc, which builds to a climax.

Please use correct punctuation.  Some poems today are free-form with their punctuation, but when teaching children to read, correct usage is important.

Write a book that children and adults will enjoy reading over and over – that is the ultimate goal. Repetition allows children to learn the language, ideas, and the story-line of the book.

Many people have told me they wanted to write a children’s book. I encourage them all. However, if you’re thinking of writing a “mere” children’s book, know that writing a rhyming picture book is as tedious and as difficult as writing a novel!

When writing a story that will be illustrated, the author should ask herself, Who are the illustrations for? Do they convey the book’s message? For example, do they impart important information not fully covered by the text? Will they help sell the book? What style goes with the story?  How will they be created? Colored pencil, pen and ink, water color or pastels? A combination? Illustrations can be cartoonized photographs or actual photographs.  Whatever best helps tell your story.

Hand a child a variety of books, and note which illustrations attract them.  They are usually brightly colored with lots of interesting action. Yet, many children’s books for sale today have simple images, somewhat “artsy” in nature.  That’s because children’s books are often marketed to grandparents, since these are the people who will most likely be purchasing books. I have chosen to use colorful, dramatic, and vivid illustrations because I want children to be attracted to my books so they will learn the science.

Are My Books Fiction or Non-fiction?

My books, although scientifically accurate, are not considered non-fiction.  To be considered non-fiction, publishers prefer photographs to be used and for the book to follow one specific animal. I have found that an illustration (even if it’s only of a photograph) is much more eye-catching and will hold the reader’s attention better. I also have concerns that by not using colorful images, my books would resemble textbooks and be less interesting to the child, i.e., too much like schoolbooks. My goal is to educate while entertaining, because when learning is fun, it is better retained.

My “Don’t” series of books are written in rhyme for the same reason: Scientific information presented in rhyme causes the children to think of the material as song-like, and they enjoy remembering and repeating the rhymes. The science is memorized in this case because it is fun.

The colorful illustrations shown here are from my book, Don’t Make Me Fly, all about the Greater Roadrunner, common to the Southwest.  It was a lot of fun to write and I hope it is equally fun to read.

I inherited my mother’s house, which is in an RV Resort in Ft. Myers, FL. Every year, I travel there at Christmastime to perform in each year’s original Cantata, composed by a very talented woman, Ruth Rodgers, and her husband, Dr. Ted Rodgers. I directed the orchestra, sang, played the trumpet and thoroughly enjoyed the celebration. Sadly, 2017 was the final cantata.

That meant, however, that this past Christmas, I could fully participate in the park’s holiday potluck dinner.  A gift exchange takes place every year—you know, the kind where everyone gets a number and as each number is called, that person selects a gift. The fun part is, they may keep the gift they chose or trade for one another person has already selected. Some gifts are traded (grabbed!) repeatedly until the numbers finally run out.

I decided to take the collection of my “Don’t” series books (Don’t Call Me Turtle, Don’t Make Me Fly, and Don’t Make Me Rattle) as my gift. I also took along some Southwestern-themed wrapping paper and tape since I didn’t know what supplies were in the house. I brought some yummy Tortuga rum cakes from my travels to the Cayman Islands. I was ready.

Cold feet struck that afternoon. Was bringing my own books the right thing to do?  Geez, maybe I should have brought something more appropriate. I searched the house for something I could substitute, but there was nothing. Fate determined the “Don’t” series books would be my gift.

One of my neighbors greeted me at the door that evening . “Is this one of the books you’ve written?”

I confessed it was.

His reply? “I know what gift I’m choosing.”

Sure enough, his number was called and he selected my gift.  I was honored and delighted that he wanted my books.

His number was called early, but his possession of the books was short lived. A few numbers later, a woman took the books from him.  Then a few more numbers, and another woman selected the books—and so on!

My books were one of the most desired gifts of the evening. It was both engaging and rewarding to know that my efforts to make science education fun are working. I hope to inspire many future scientists by creating books written in rhyme, filled with scientific facts, that children and their parents truly enjoy reading.

Happy new year to all!