Iguana conservationists were excited when road signs where put up on the Sisters Islands of the Cayman Islands, reminding drivers to slow down to protect the endemic iguanas, which unfortunately, enjoy the warmth of the roads and bask on them. Given enough warning, which happens when cars approach at the speed limit, the large lizards can get off the road.  Many iguanas have lost their tails to car tires, but they did survive. Unfortunately, far too many drivers don’t care if they hit an iguana or two as they drive along. They could be speeding, looking at their cell phones, or sadly, some aim for the lizards. Residents hoped the signs would help save lives. Despite the signs, iguanas continued to die on the roads of Cayman Brac and Little Cayman. What was needed? Additional signs were put up. School children were educated in the hopes that concern would spread within families. Then someone had an idea: Maybe the folks on the islands didn’t realize how unique these lizards are because they see them day in and day out. So, the signs were redesigned. The new signs emphasize that the Sister Isle Rock Iguana is an endangered species. They were installed along with the powerful hope that this news will get people’s attention. Another proposal was suggested that I really liked: Have the islands’ children design warning signs that are then installed along the roads. People would be delighted to see their relatives’ work and slow down to look at them. Education and responsibility are needed to help SIRIs survive in the only places they live on this earth. Humans can harm or help, and it is hoped drivers on the islands will slow down, even stop, for these special and endangered large lizards. 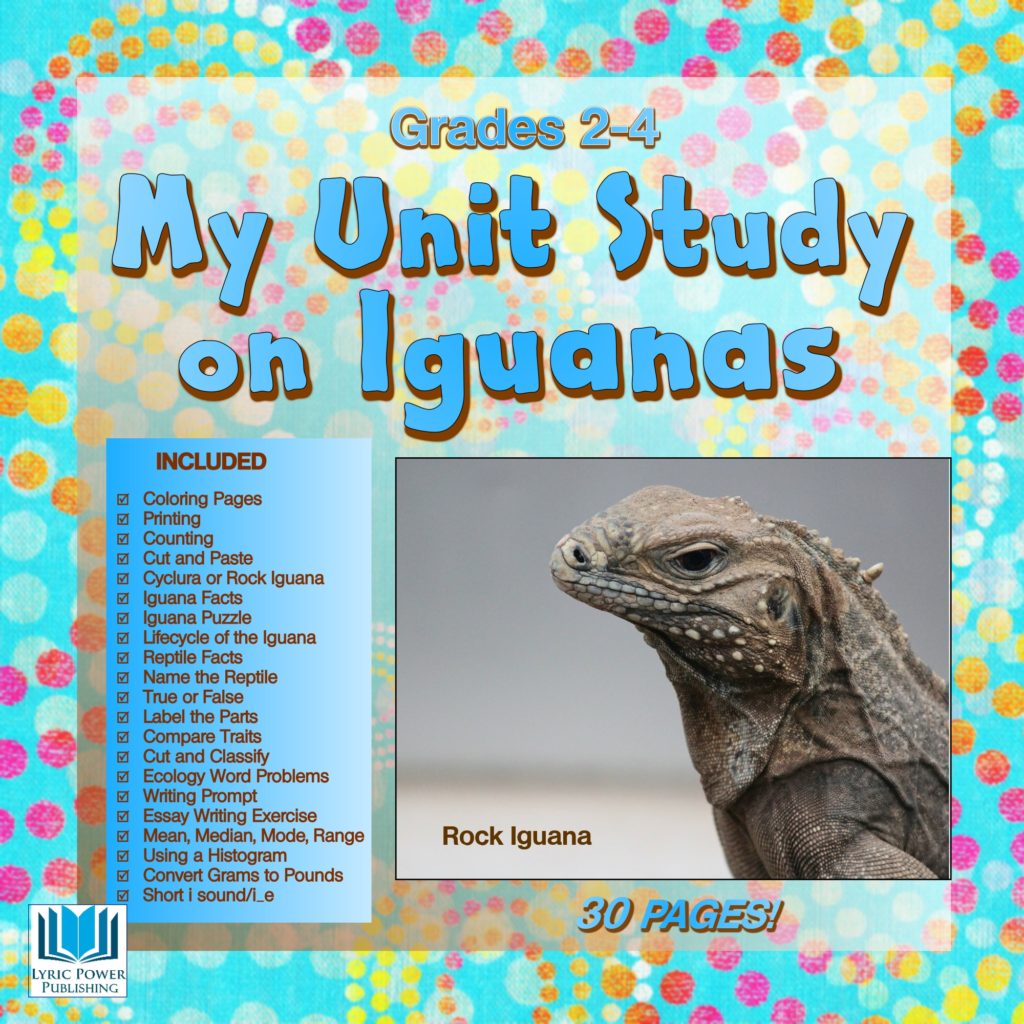 Why not count/sort/puzzle over iguanas, instead of apples? Big lizards are very interesting and a lot of fun to color! This inexpensive, yet wonderfully designed 30-page workbook is chock full of fun and educational activities. Get yours today!