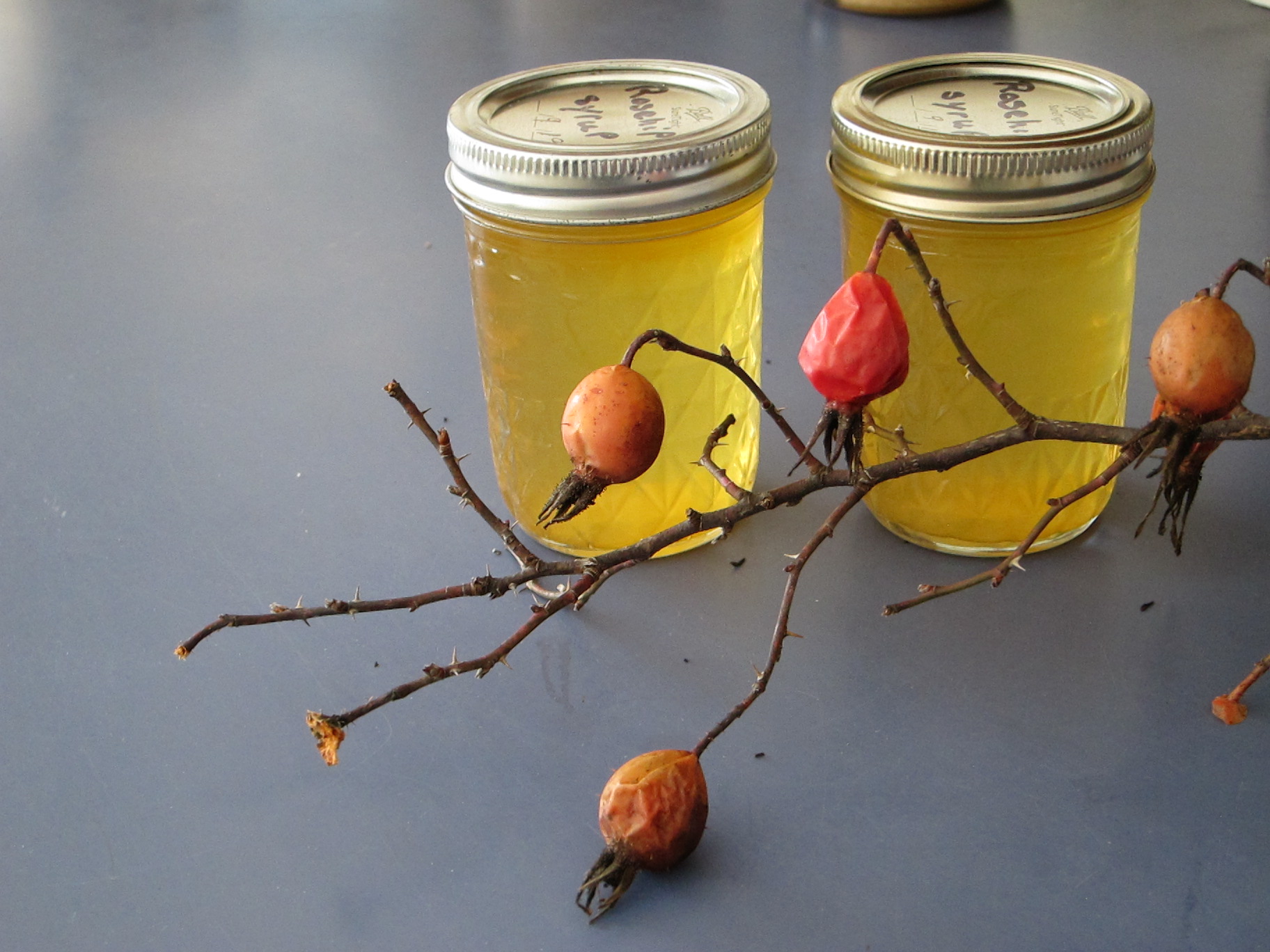 There is a rose bush in my garden that has provided me with many pleasures over the past ten years. I found it one fall afternoon growing in our woods, bushwhacking off the usual trail. The red hips caught my eye. I pushed through some tangled grape vines and young beeches to identify the spots of red. When I saw that it was a rose bush, I looked around for signs of an old cellar hole or other indications that someone had planted the rose in this unlikely spot. When no reason for its presence could be found, I had to conclude it had been sewn by a bird who had found a shrub somewhere, snacked on the enticing fruits and deposited the undigested seeds right there. I made note of its location so I could come back in the spring and transplant it to my garden.

Indeed, I found it the following spring and was able to dig up a section of suckering stems, leaving the main part of the bush to continue to feed whatever creatures might have come to rely on it. It has flourished, every year blossoming for a few weeks in high summer, sporting round orangey-red hips in the fall, and sending out suckering stems of its own. I think it might be a dog rose, Rosa canina, because the single flowers of a soft rose-pink and the hooked thorns match the descriptions I’ve read, and most pictures of the hips look like my rose. (Some pictures make them look long and narrow, not round.)

This past fall I decided to take advantage of those abundant hips and try my hand at making rosehip syrup. The word “hip” for the fruit of a rose derives, by the way, from an Old English word for seed: hepe. Rosehip syrup is well-known in England and recipes abound. It is thought to have medicinal properties and is said that the British government encouraged the making and use of rosehip syrup to provide children with a dose of immunity-boosting Vitamin C when citrus fruits were scarce during World War II. In fact, the recipes I found for making the syrup are nearly identical, and apparently all come from the recipe promoted by the British government. The main difference is that some use brown sugar rather than white. Though rosehips now have been found to contain several health-promoting phytochemicals, rosehip syrup is mostly appreciated for its unique, floral, citrusy flavor.

Rosa canina is a European import that has naturalized in North America. It is often recommended for making syrup because the hips tend to be relatively large. Hips aren’t good to eat raw as fruit, because of small hairs inside that can be very irritating. The recipe I used made 12 ½ pints of syrup, which will last me a long time! We have had it on ice cream, yogurt, and on strawberry shortcake. It makes a nice Christmas present.

Note: This recipe calls for the use of a jelly bag. If you aren’t familiar with the jelly bag, it might be a good idea to look up information about making and using one. The Ball Blue Book is one resource.

2 cups of sugar for each pint of juice