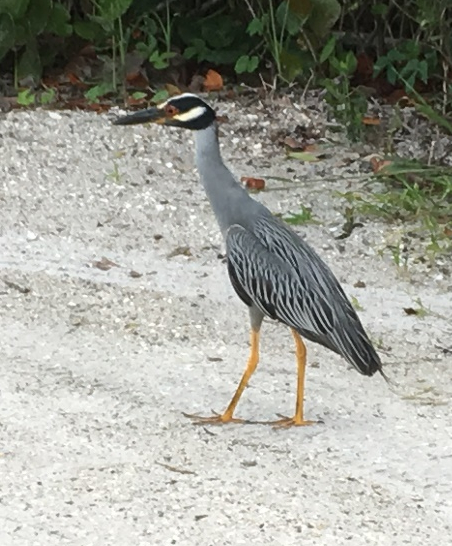 I’ve seen many night herons in my time. I’ve admired their sleek yet powerful look, their massive and effective bills. And you can tell these are intelligent birds, not easily intimidated.

Recently, I noticed the back of a night heron’s head, something I don’t remember doing before. Many herons have long feathers that cascade down their neck or form a crest during mating season to attract a mate. But this night heron has a face on the back of its head! 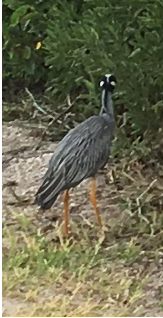 Black and white feathers form what look like to me a face. Is this to intimidate predators? I suspect so. Maybe that’s why a night heron can walk with such confidence. It has eyes on the back of its head.

And, a great adventure, based on the true story, is Lyric Power Publishing’s Fly Back to the Brac, Brian Brown Booby. 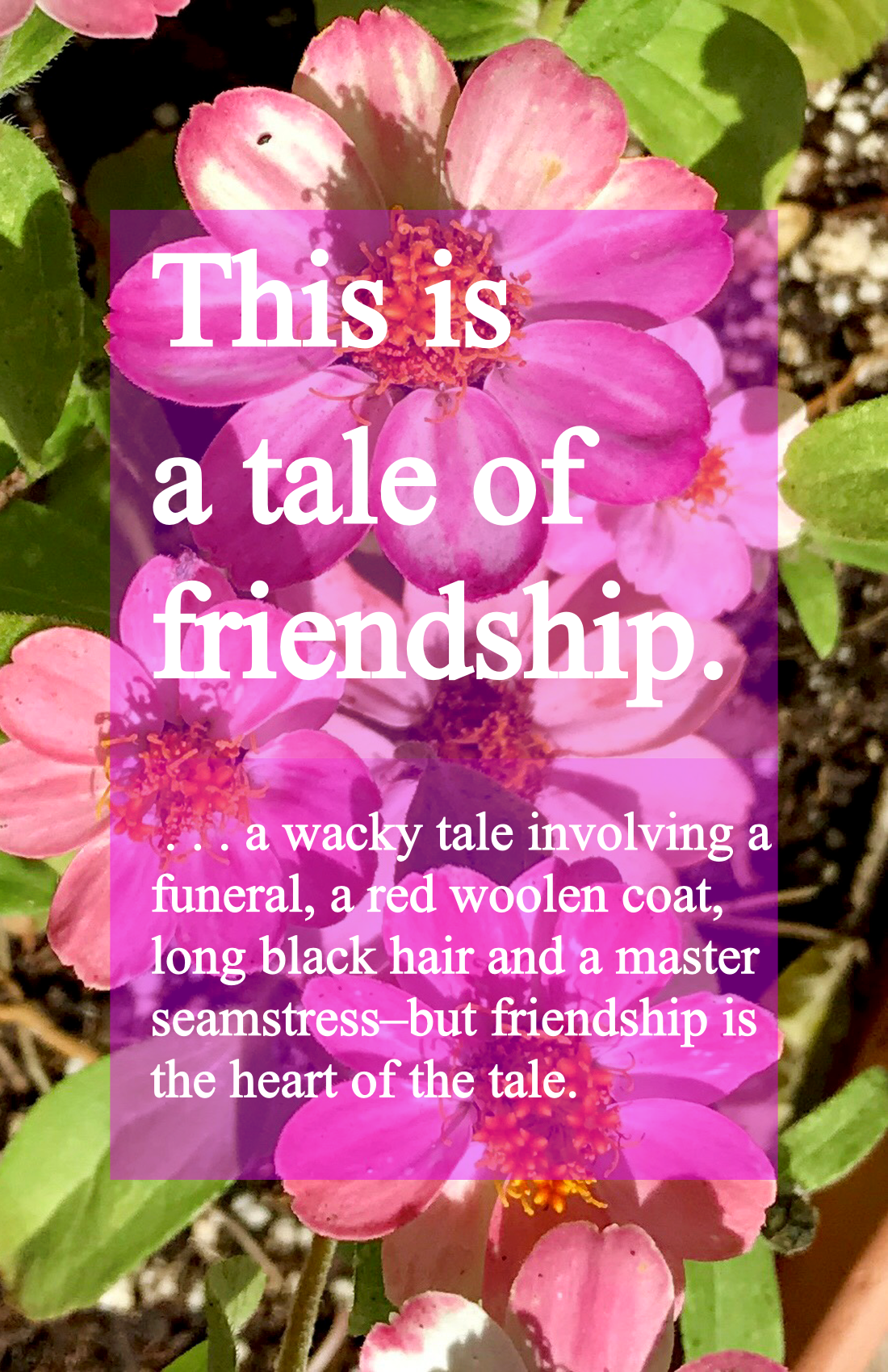 This is a tale of friendship. . . . a wacky tale involving a writers’ group, a funeral, a red woolen coat, long black hair and a master seamstress–but friendship is the heart of the tale.

Once upon a time, not too long ago, a woman’s mother passed away. This woman had lived in Arizona for many years and did not own a coat that would keep her warm in the snow when she went home for the funeral.

The woman’s writing-friend said, “Here, take my long, red, woolen coat. It kept me warm in New Jersey. It will certainly work in Nevada.”

The woman gratefully accepted the red woolen coat and set off on her journey. When she stopped at her son’s house a few hours later, she hung the beautiful coat in the closet, where she left it.

Thus, when she arrived at the halfway point, she borrowed yet another beautiful coat, light gray and suede-like—which she had in her hands for less than two minutes before she spilled coffee on it. No one could believe it, least of all the woman with the former cup of coffee. She proceeded to wash the spot and due to either grace or magic, the spot disappeared. The woman gratefully wore the second coat to her mother’s funeral and somehow managed to return it spot free.

On the way back from Nevada, the woman forgot the red woolen coat in her son’s closet. A month or so later, he returned it to her and the woman noticed holes in the front of the right side of the coat. Holes cannot be washed away…

This left the woman with quite the dilemma. She could not afford to replace the red woolen coat and could not, anyway, as it was a treasure from years back in New Jersey.

This tale of friendship deepens. The woman shared her woeful story with the owner of the red woolen coat, who was dismayed at the sight of the holes, but was very gracious and tried hard not to make the woman feel bad. The owner of the coat suggested sewing a large button over the hole. The woman loved this idea, as she was feeling very badly and wanted the hole to go away just like the stain had.

The woman then asked her other writing-friend (who happens to be a master seamstress) if she would please go with her to find the right buttons and sew them on properly.  The master seamstress agreed–until she saw the hole.

“Oh, dear,” she said. “That will continue to unravel. It is going to have to be repaired before sewing buttons on.”

“Oh, dear,” the woman thought. “How can it possibly be repaired?”

The master seamstress realized the woman was beside herself and said, “I can repair it. But I need some strands of long, strong human hair.”

The woman wanted to cry. First, because her friend could repair the hole; and second, because she would have to find someone to give her some long, strong human hair.

So, what did the woman do? She called the young woman from whom she borrowed the gray, suede-like coat, the one she spilled coffee on, and begged for some of her long, dark hair. The young woman listened patiently to her sad story and said, “Yes.”

The woman could not believe it and her gratitude could not be adequately expressed. Who says yes to, “Can I have some of your hair?”

The woman waited and waited and the hair never came. Finally, she inquired and the young woman described the small envelope she had mailed her hair in. But it never came, so the young woman volunteered to send hair AGAIN. This tale of friendship deepens and the woman still can’t believe this part of the story! Easing the woman’s worried mind, when the second envelope arrived, so did the first, which the post office had held because it had only three digits of the four digit address.

The master seamstress graciously accepted delivery of the red woolen coat and the hair. She proceeded to find many small holes in the coat and decided she could not repair the big one and leave the rest. Repairing the big hole required pinning needles across the opening, first in one direction, and then the other, creating a loom, over which the seamstress sewed red strands from inside the lining of the coat onto the broken strands, using the human hair, which does not show. Suffice it to say that THIS IS A VERY TIGHT WEAVE, across severed strands and a hole about three-quarters of an inch across.

The woman did not ask how many hours this took the master seamstress because she had originally asked her friend to help her sew on a few buttons and the woman couldn’t bear to know the answer. Instead of two buttons, the seamstress chose to repair the coat, and she fixed the large hole in such a way that it does not show. She then sewed a decorative trim onto the coat, making it beautifully unique, and restored in such a way that the value cannot be measured because of her loving gesture toward both, “The Woman Who Should Never Borrow Coats” and the owner of the red woolen coat.

Though the owner of the red, woolen coat had not worn the coat in nine years, it has been agreed that she will now be wearing the coat—even if she has to drive to the snow. 😊